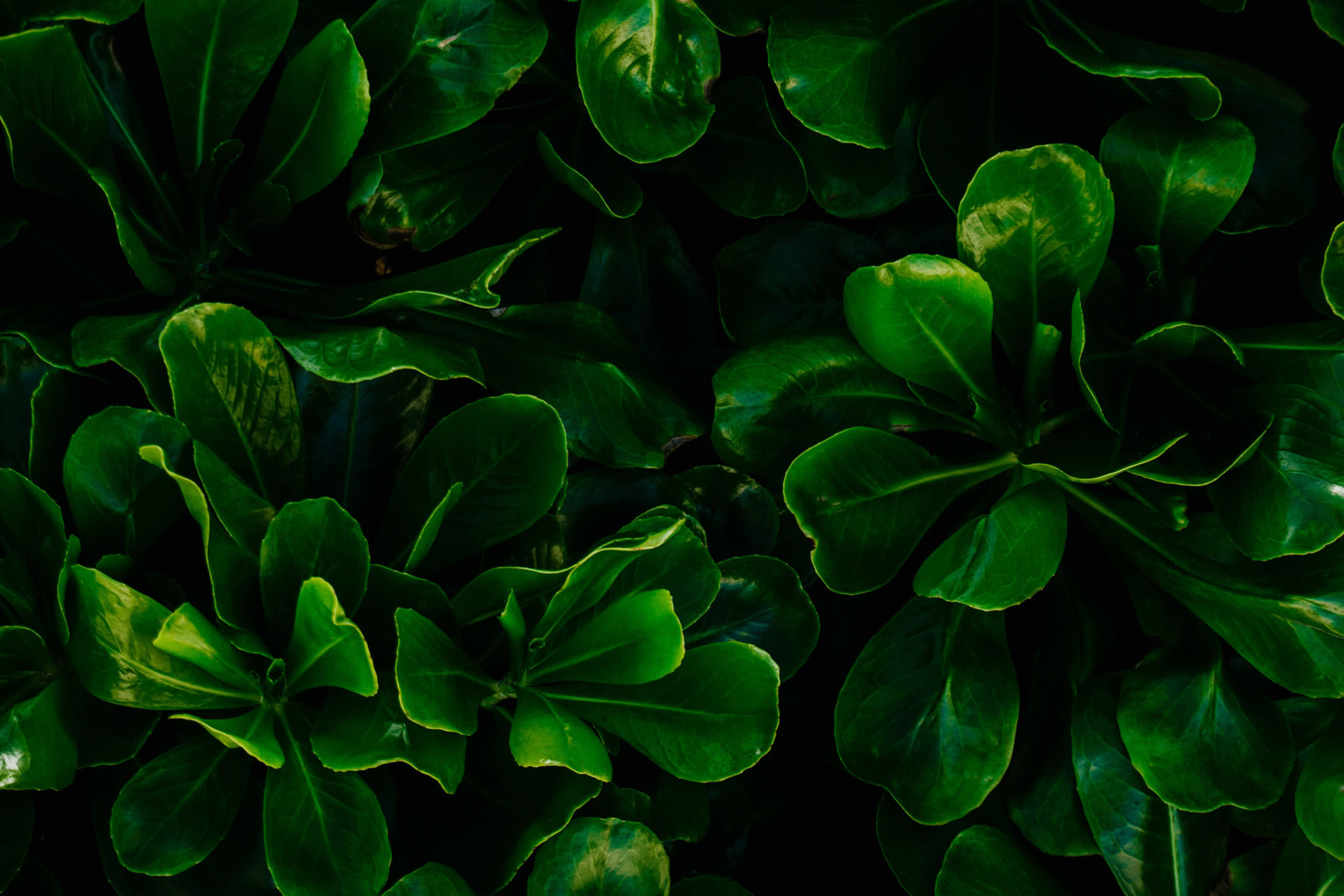 The March Australian labour force figures are released this week, as is the latest wage price index. The wage price index in particular is being watched carefully at the moment by markets because wage growth is seen as necessary for the RBA to begin a gradual tightening cycle.

It is therefore worthwhile taking stock of recent labour market developments. For example, the current upswing in employment growth is somewhat unique as it has been driven almost solely be increased participation – there has been a downswing in the proportion of the population exiting the labour force, but the number of people in the labour force who are unemployed has not fallen much at all: 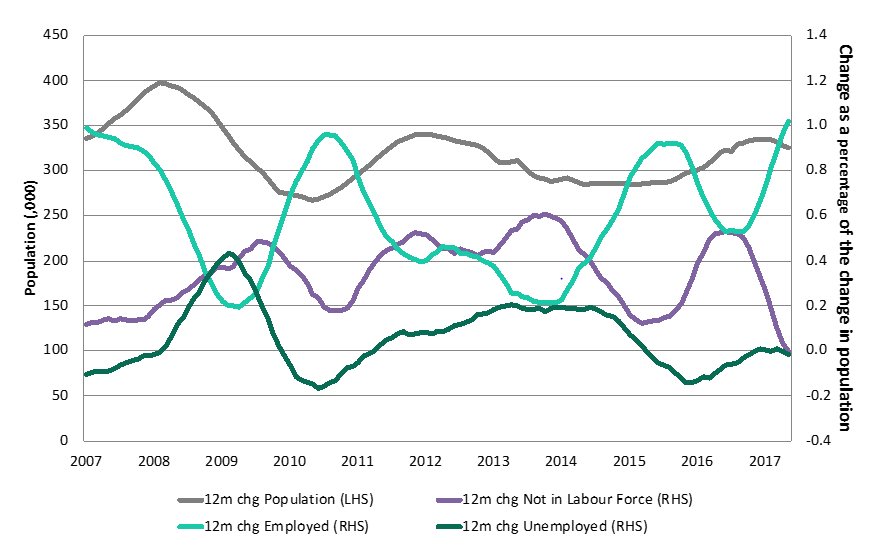 Further – the prospects for the unemployed seem unlikely to improve materially any time soon. We can see in the chart below, in solid lines, the growth in full time and part time hours per week, seasonally adjusted. The part time hours have become more prevalent (a topic for another post), but for now we highlight the fact that these series lead employment growth, which looks set to soften over the coming months: 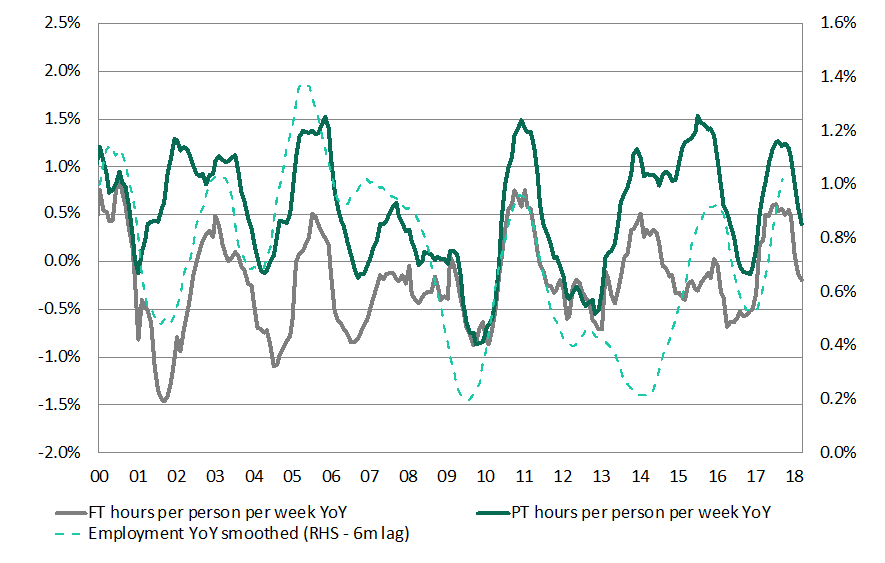 Our proprietary indicator calculated from flows between various labour market states (employment to unemployment and so on) tells a similar story – the unemployment rate, which the RBA favours as an indicator of the overall health of the labour market, looks set to move sideways or increase a little: 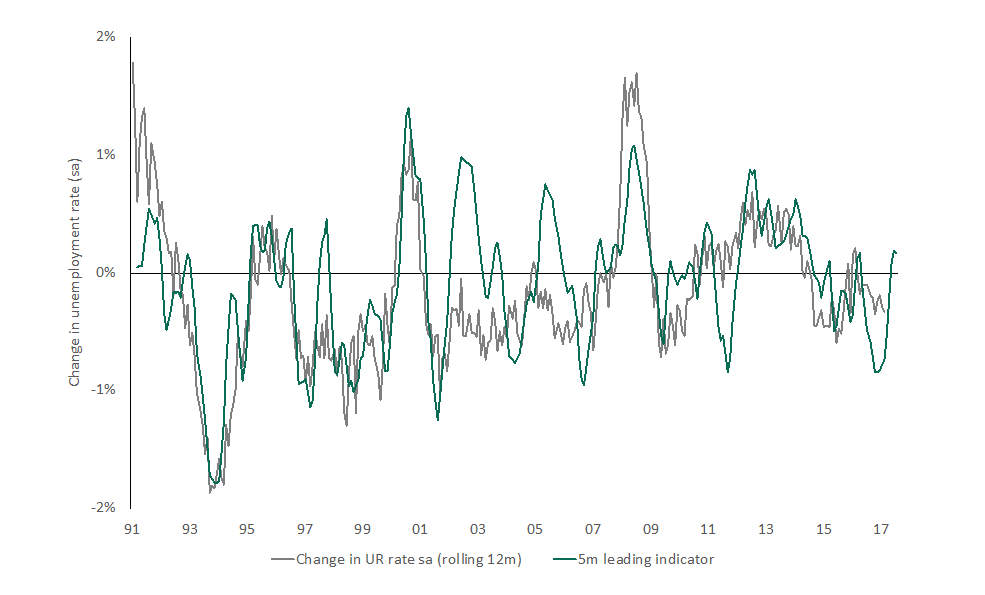 Full employment in Australia remains some way away. That means the same is the case for sustainable growth in local wages and inflation. So, the shorter end of the Australian curve presents an efficient way to position for pockets of strength in bond markets, in the context of higher interest rates in the US that are likely to continue to slowly drag bond yields higher across the globe.

This is the view of the Author, Justin Tyler, Director & Portfolio Manager