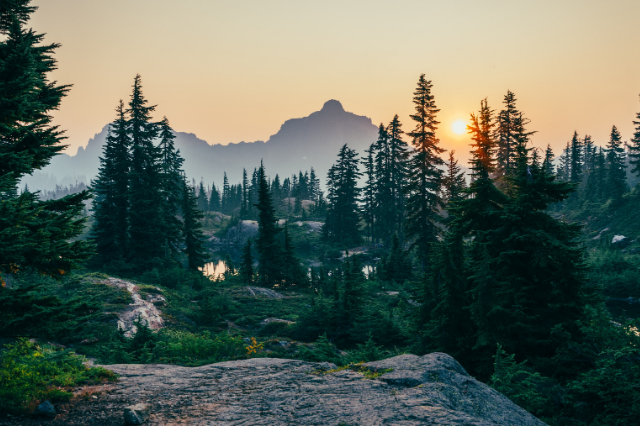 Responsible lending: Back to the future – an ESG perspective

The planned overhaul of responsible lending laws is providing an opportunity for banks to take action on the social and governance issues highlighted during the royal commission. With so many Australians invested in banks it is integral to understand the impact of these reforms.

Australian banks have been offered the opportunity to demonstrate that lessons have been learned from the Hayne royal commission, courtesy of momentous changes to laws that govern the flow of credit to households and small businesses.

The Australian government has signaled its intention to repeal legislation commonly known as the responsible lending (RL) laws. Implemented as a response to issues arising from the global financial crisis, RL was a significant departure from the regime that was previously in place.

The most contentious aspect of the regime was a shift in responsibility from the borrower to the lender through a principles-based framework. Designed with noble goals, it came to cast a growing shadow over the industry. Indeed, the government recently noted that the operation of the legislation had degenerated into “an overly prescriptive, complex, costly, one-size-fits-all regime”. The impacts of COVID-19 have only created an urgency for reform in this area.

Faced with the prospect of a significant shake-up of lending guidelines, many stakeholders will be closely watching how the banks respond, including the responsible investment community. Daintree believes that there are social, governance and environmental implications that warrant consideration.

Banks attract the largest number of complaints within the financial services industry. According to the Australian Financial Complaints Authority (AFCA), banks in 2019 attracted nearly twice as many complaints as the next two largest categories. However, given most Australians have relationships with several banks over their lifetime, and the vast array of products on offer, it is not surprising that issues arise.

Lending products such as credit cards and personal loans feature heavily among the list of complaints, with factors such as credit reporting issues, incorrect fees and service quality cited as triggers.

While some complaints are inevitable over time, there are always opportunities to improve. Fair and equitable access to financial services and credit is an important social goal. Lack of access can contribute to rising inequality and deprive young people, in particular, of vital opportunities to get onto, and then climb, the financial ladder.

Notwithstanding service issues, banks have been struggling to attract younger customers because of the success of fintech-inspired offerings such as “buy now pay later” (BNPL), peer-to-peer lending (P2P), and other third-party lending platforms. Indeed, growth in traditional personal lending has been going backwards since 2016, with the decline accelerating since 2018 and being hit even further by COVID-19.

With the prospect of changes to RL frameworks, banks will be tempted to reinvigorate credit growth in this segment of the market. This may involve innovation or price competition, given the extremely low funding costs available to lenders, both of which we would see as net benefits to customers. However, if they seek to regain market share by decreasing lending standards and pursuing a volume strategy, we can foresee negative consequences arising over time. As such, this is an opportunity for the industry collectively to demonstrate that they are aware of the many social and governance factors at play and can address the shortcomings identified during the Hayne royal commission.

It has been encouraging to see the banks’ quick and comprehensive response to the challenges posed by COVID-19. Before the changes to the RL framework were announced, the prevailing stance of the measures was more defensive than offensive – for example, temporary payment deferrals for personal and business customers in need of relief.

Looking to the future, a mixture of more flexible lending rules and continued encouragement from government to maintain the flow of credit to the economy could see banks shift to a more offensive stance. Just as we have highlighted earlier, the challenge will be getting the balance right between encouraging activity and avoiding conflicts between various types of bank customers.

Examples of where conflicts may arise include reducing interest rates for savers to maintain profits (a measure that would favour shareholders over depositors); inadequate lending checks for new borrowers; and extensive offers of credit cards and limit upgrades, which can create issues such as a recent CBA customer that was extended additional credit despite having a gambling problem.

The common theme remains the balancing of priorities to ensure growth can be supported and encouraged while striving for positive and equitable outcomes for all stakeholders.

Many corporations are developing clearer and more direct positions on issues that are important to stakeholders within the responsible investment community. Whether it be in the social sphere on issues of modern slavery, environmental issues such as enhanced reporting of emissions data, or in governance when it comes to corporate culture, companies are responding with more detail and more conviction.

Recently, we have seen banks becoming more proactive when it comes to responsible lending, as ANZ demonstrated at its 2020 results announcement. As part of their sustainable investment strategy, ANZ has been reducing its exposure to thermal coal extraction, encouraging those customers with a business model heavily reliant on coal to develop diversification strategies. While ANZ’s total exposure to thermal coal has fallen to less than 0.05 per cent of gross lending assets, they continue to progress a principled approach to mitigation and transition.

To summarise, impending changes to RL regulations provide a great opportunity to improve the allocation and delivery of credit to the Australian marketplace. Just as the banks have been central to the management of issues arising from the COVID-19 recession, we believe the banks have an important role to play in facilitating the recovery. The RL reforms will be instrumental in supporting this recovery.

With a growing and increasingly influential responsible investment community keeping a keen eye on progress, we are confident that the banking sector can take advantage of more pragmatic lending laws to improve the efficiency and inclusiveness of the economy. It is in everyone’s interest that they succeed.

Read the original article on InvestorDaily